Sometimes Superheroes Can Be Immortal, Too! Immortal Monday

For quite some time my son has been asking me to cover Spiderman or Batman on Immortal Monday. He’s been all gun-ho since we talked about Thor, a subject he knows a lot about. He actually educated me on Thor’s father Odin. But as cool as Spidey and Batman are, they are also human. Now, for some, that aspect may add to their appeal (a topic for another day), but it also disqualifies them for the Immortal Monday Series.  (insert sad face here) But wait a minute here. Don’t get your hose all in a bunch! I believe we found ourselves a solution.

Which superhero comes close to this immortality ticket? Any guesses? If you picked a member of the mutant band of X-Men you would be headed in the right direction. (Did you cheat off the pictures? Well, darn! 😦 ) The regenerating, quick healing gifts of one Wolverine give him an advantage over his fellow mutants (Sabertooth aside) making his age impossible to pinpoint. Unless you know his actual birthday. He’s a pretty good candidate for Immortal Monday… and it’s not because Hugh’s so dreamy, so bring it on! WHABAM!!

How many of you follow the story of Wolverine? You are going to have a different understanding of his backstory depending on if you are a movie goer or a comic book fan. I’m a little of both. Yeah, paint me the little geek girl. I’m cool with that. Anybody with me? 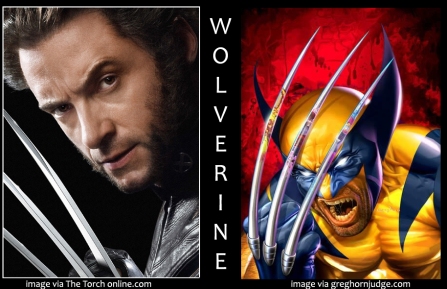 Back when I was younger and collected some of the comics for myself, I even got a few especially signed. Unfortunately, that was before the movie deals. I had no idea they would be casting Hugh Jackman as Wolverine (swoon). As a cartoon, Wolverine is one tough character, but not my “oh baby.” Nah, I collected comics of Gambit and Cyclops. Live and learn. I had a thing for the Cajun accent, what can I say?

Of course, the movies made Wolverine much more interesting. Ha ha.

Wolverine, born as James Howlett, is old. Like really old! Sparkly Edward old, but cuter. He was born in the early 1900’s, which makes him a hundred years old, give or take a few years. Chances are good his mommy was playing around with the groundskeeper, who probably is his true father.  A man named Logan, a name he later adopted as his own.  According to the movie, Wolverine Origins, he has an older half-brother (by the same father) with the same healing gifts. His brother takes the mutant name Sabertooth. Sabertooth exists in the comic books and has a long standing feud with Wolverine. What are you going to do about sibling rivalry? I know I can’t get my kids to stop fighting. They go at it tooth and nail! And these two sure do have some nails to dig in with! Since Wolverine’s upgrade to adamantium, the fight got especially nasty.

It was a young James Howlett that discovered in a moment of impulse and fear that he could sprout long claws made of bone from between his knuckles. After his bone-to-metal upgrade those claws would become a defining feature, and ultimately  – potential death-blow.

The movie draws a much more romantic evolution for our mutant of focus. The comics had him as a long-time experiment of the Canadian Army. First as a soldier, then after his escape, being molded by more Canadians as a superhero worthy of Captain America. He is only saved after Professor X comes on the scene. Too late, though, as his mind is scrambled and memories lost.  But it was the Canadians in this version that melded the metal to his inner skeleton core and gave him the code name Wolverine. 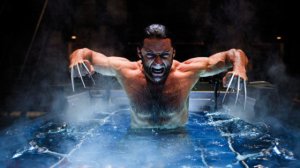 Does that version make you empathetic towards him? Maybe. But, add in the love angle. Love lost, love betrayed, love found again only to be all lost to a bullet in the head. Well how much sympathy can you muster? Everyone is feeling sorry for poor Logan now. I know I was. The name that becomes one of the few things he will know thanks to his dog tags. Logan and Wolverine.  In this version he thinks Sabertooth killed his love interest. He agrees to the experiments that give him the added benefit of the metal skeleton in exchange for a shot at big-bro. Of course, nothing is as it seems. Is it ever? Rarely in movies and books., am I right?

Logan takes the name of Wolverine based on his dog tags as he takes on the lifestyle of a nomad, having no memory of who he is or was. He became a wanderer until Professor X inducted him into the X men. The first real time he ever belonged somewhere, in how long?

In the movie it’s a man named William Stryker that stole Logan’s memories, although he plays a different role in the comics. Don’t you just want to hate him? Oh, and then there’s what he does to Logan’s love interest. But let’s not spoil it for the few that don’t know. She does get some payback, though, doesn’t she?

With all the misery and pitfalls Wolverine has endured as a direct result of who and what he is, would you envy and desire his healing ability? It’s been a real magnet for trouble, but comes in handy in a fight.

In 2000, we were trying to decide on a name for our coming baby. I wanted to name her Logan. I knew she’d be tough as the Wolverine. I wasn’t wrong and it would have been a fitting name. I was vetoed heavily by my better half. Do you think Logan makes a cool name for a girl? I’m rather fond of it myself.

Now, because it wouldn’t be a proper Immortal Monday without it… 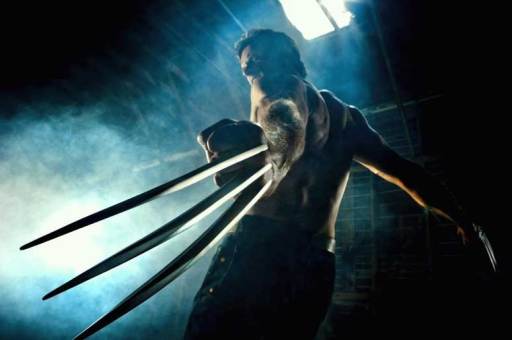 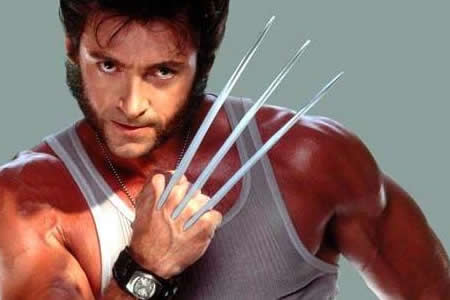 And because you like to see his softer side… 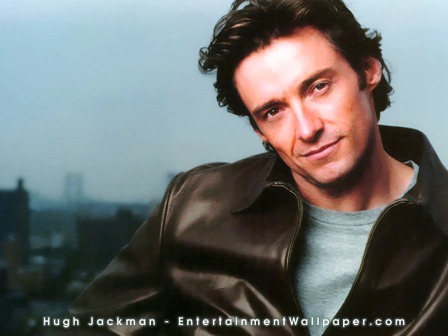 What to gaze at Hugh some more? Check out these cool blogs: 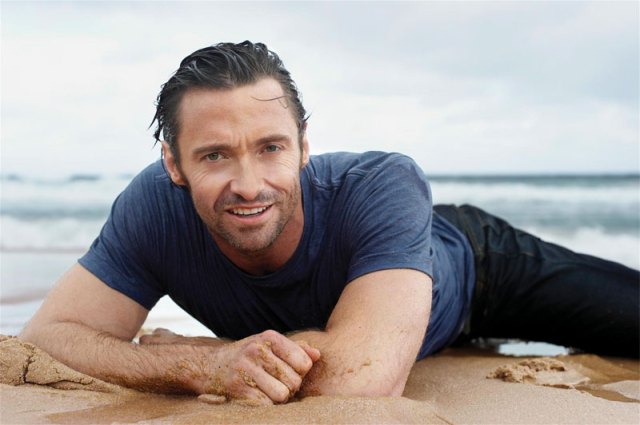 While you are here, I invite you to check out other Immortal Mondays if you haven’t already.

Thank you for stopping by. I always appreciate your time and comments.

If you enjoyed this post or any of my previous posts, I’d be delighted to have you follow by email or RSS for any future posts! Wouldn’t want you to miss out on an Immortal Monday installments.

Debra Kristi is a mother, an author, a Pinterest addict, and sometimes DIY home decorator. Hang with her to escape the everyday stress. Be sure to leave your mind open to the fantastical.
View all posts by Debra Kristi →
This entry was posted in Immortal Beings, Immortal Monday and tagged Debra Kristi, Healing power, Hugh Jackman, Immortal Monday, James Howlett, Logan, Mutant, series, Wolverine, Wolverine Origins, Writer, X-men. Bookmark the permalink.

35 Responses to Sometimes Superheroes Can Be Immortal, Too! Immortal Monday