“There Can Only Be One” on Immortal Monday – Highlander

Who wants to live forever? Has that been a question we’ve asked before, here on Immortal Monday? I’ve been sitting at my desk thinking about that question and the first thing that came to mind was…

Yes, the theme song for the first Highlander movie. A story that begins with our Scottish Clansman, Connor MacLeod, as he joined the league of immortals, after his human death, to fight amongst them to be the last one left standing.  Confused and disoriented as he returned to this world from his death, Connor is cast out by his Clan and labeled a demon.  Now that’s pretty messed up. To wake up completely unaware of what has happened to you and have everyone you’ve ever known or loved treat you as something “other.” To fear you. How do you think that would make you feel?

Connor MacLeod sulks away in a state of depression. He doesn’t understand himself or his situation until a Spaniard by the name of Juan Ramirez (played by Sean Connery in the 1986 film – I so want my navigation system to use his voice instead of that irritating female) comes, having heard the rumors, explains to him what he is and trains him on how to survive.  The year was 1536 and they were in the Scottish Highlands.

Connor would find hope and friendship again. Immortal life was not all dreary after all. But Ramirez would lose his life in battle to another when MacLeod was not there to fight. It was the Quickening for our dear Juan. A death by decapitation, whereas the life force and energy of the loser (Ramirez) is transferred to the victor (Kurgan). 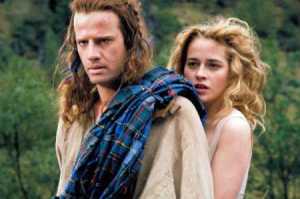 Connor MacLeod would go on to live many lifetimes, meeting, friending, and battling a multitude of immortals along the way. He would love. And he would watch love wither, growing old and die before him while he remained the same. Is that any way to live? And don’t’ you worry; he got his chance at Krugan, fighting his biggest battle on New York soil in 1986. Krugan would not be The One.

The movie was a great success, launching Christopher Lambert (Connor MacLeod) into stardom. Highlander would be followed by Highlander II The Quickening and Highlander The Final Dimension. Milking it for all it was worth, television got involved and Highlander the series was introduced in 1992. It ran for six long years during which time we got to know Duncan MacLeod (Adrian Paul) fairly well.  Connor MacLeod, fellow clansman, was kind enough to make an appearance in the pilot episode to pass the torch to Duncan and the show went on to become an international hit. 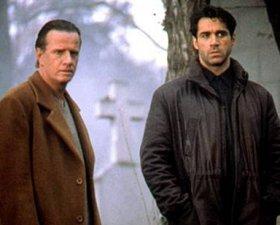 After the show went off the air, a fourth Highlander movie, Highlander End Game, hit the theaters bringing both MacLeod’s together in the fight. But there can be only one. {Raises brow} What an evil twist to throw on our immortals. Tossing them into lifetimes of kinship and bonding only to force their hand at the end. I wonder what would have happened had the two men decided not to pass the quickening on, but try to go it together?

But ultimately Connor passes his über quickening power to Duncan…

But here’s what really got me going while thinking about Highlander: at the opening of the Series it is established that Duncan MacLeod is 400 years old. During this time he has amassed a great deal of antiquities. Because of his large stock of high-end merchandise, he has a thriving antique store and is very well off. He wants for nothing. He even owns his own barge (floating home) in Paris, even though he lives in the United States. In the movies Connor MacLeod was established in much a similar fashion.

We’ve seen it before, set up in other stories, with other immortals. If you knew you had forever to plan for, how would you go about it? Would you stockpile the things around you or would you invest in stocks, unsure of what the future had in store for any of them? Where do you start when you have very little or nothing to begin with? It’s much easier when you’re already established, but we have to assume these men started with nothing. They were both Highlanders, after all. Both were probably tossed out of their clan with nothing more than the clothing on their backs after rising from the dead.

If this was your story, and you were the writer, how do you see it happening? Twist the plot into a modern-day. Not as easy, is it?

And because it’s Immortal Monday… your Highlander cast of characters…

(shown in order of appearance) 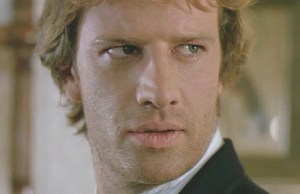 Assuming you didn’t know the outcome, who would you pick as your favorite immortal?

Please know that I always appreciate your time and love it when you stop by plus take the time to comment. Huge thanks! If you enjoyed this post or any of my previous posts, I’d be delighted to have you follow by email or RSS for any future posts! Wouldn’t want you to miss out on an Immortal Monday installments.

Debra Kristi is a mother, an author, a Pinterest addict, and sometimes DIY home decorator. Hang with her to escape the everyday stress. Be sure to leave your mind open to the fantastical.
View all posts by Debra Kristi →
This entry was posted in Books, Movies, and Shows, Immortal Beings, Immortal Monday, Video and tagged Adrian Paul, author, Blog, Christopher Lambert, Connor MacLeod, Debra Kristi, Ducan MacLeod, Fantasy, Highlander, Immortal Monday, Kurgan, Movie Series, Scottish Clan, television series, The Quickening, There can only be one, Video, Writer, YA, Young Adult. Bookmark the permalink.