May is a day away, the month we celebrate Mother’s Day. How appropriate, then, that we should look at Hera, Queen and mother of the Greek Gods on this Immortal Monday. Hera is often thought of as quarrelsome and jealous. But then she had to endure a husband who was always playing around where he didn’t belong. Her bad behavior towards his “other women” and the children they bore might be explained by her bitterness and betrayal. 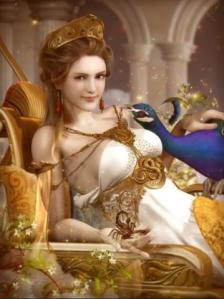 She was a goddess of great physical beauty – absolutely stunning. She took great care in the upkeep of her beauty… bathing annually in the Canathus spring at Temenium in Argos to renew her virginity in its mystical waters. She’d fragrance her body with sweet lotions and wear robes woven with art that she would clasp delicately at her breast with a golden pin.

As the wife and sister of Zeus, she became queen of Olympus. She was the daughter of Cronus and Rhea and mother of Ares, Hebe, Hephaestus and Eileithyia. Although some report none of the children were actually the offspring of Zeus and Hera together. You know how people so love to gossip. That really hasn’t changed through the years.

She was known for being a shrew of a mother and not very pleasant to the other mothers around her. As I mentioned, one might say she was bitter and spent her time wallowing in the emotion. You see, Hera had been tricked by Zeus into their marriage. In their first encounters she failed to respond to his attempts at seduction. Deeply desiring Hera, Zeus resorted to trickery and chose to appeal to her nurturing side, given she was the goddess in charge of the seasons and weather and predisposed to a nurturing nature. Zeus turned himself into a cuckoo who appeared to be frozen from the cold. As Hera took him to her breast to warm him, feeling sorry for the poor thing, Zeus changed and took advantage of her surprise. Hera was subsequently persuaded to marry Zeus to hide the shame of her rape. If that wouldn’t make any woman bitter I don’t know what would.

Since Hera was the protectress of marriage, she never strayed like Zeus. Of course that didn’t stop other gods from pursuing her, captivated by her insatiable beauty. When the King of the Lapiths was enthralled with her, Zeus created a cloud version of Hera in which to entice and trick him. Marcy Kennedy can tell you all about this and how it led to the creation of the centaurs. It’s a great read. 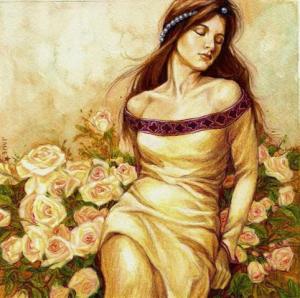 Hera was very involved in the history of the gods. We hear about her in the stories of Hercules (come on, tell me you watched Hercules). The Trojan War, her aid to the Greeks, many fights and reconciliations with Zeus, all show us she was not a sit-at-home kind of gal. She got out in the thick of it. When Zeus birthed Athena “from his head” single handedly without Hera’s involvement, it angered her to no end! To get back at him she gave birth to Hephaestus in the same fashion. She also bore the monster Typhaon to be a plague on men. She created him, again,  because of her anger at Zeus.

Such a hostile marriage.  Strangely enough, she could be one of many housewives today. Angry and in a dysfunctional marriage. I think many of us would be able to relate to her on some level. Can you share a story where you were made to feel jealous or outraged. Maybe it made you feel like lashing out. 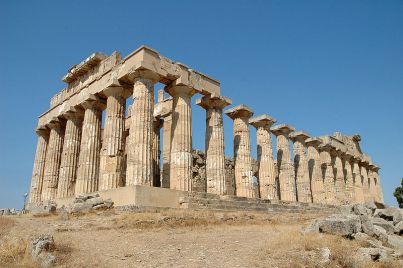 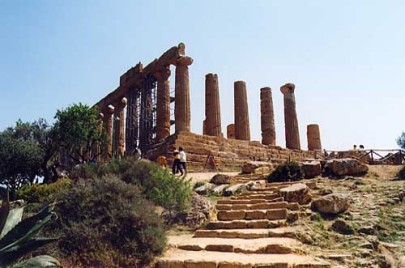 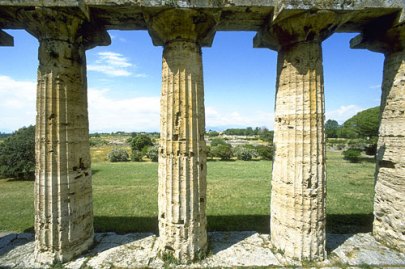 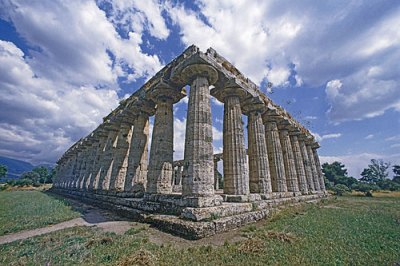 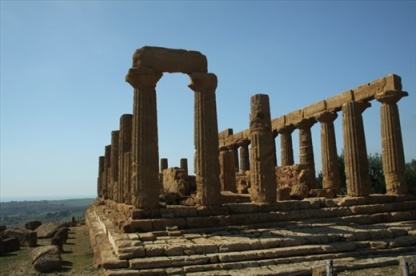 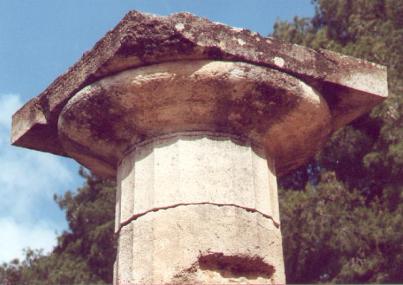 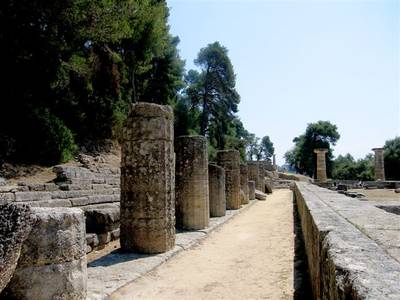 Please know that I always appreciate your time, and love it when you stop by and take the time to comment. Huge thanks! If you enjoyed this post or any of my previous posts, I’d be delighted to have you follow by email or RSS for any future posts!